This comic strip is an extract from a series of comics entitled “What we should have been taught in our senior year of high school,” by TheOatmeal.com. 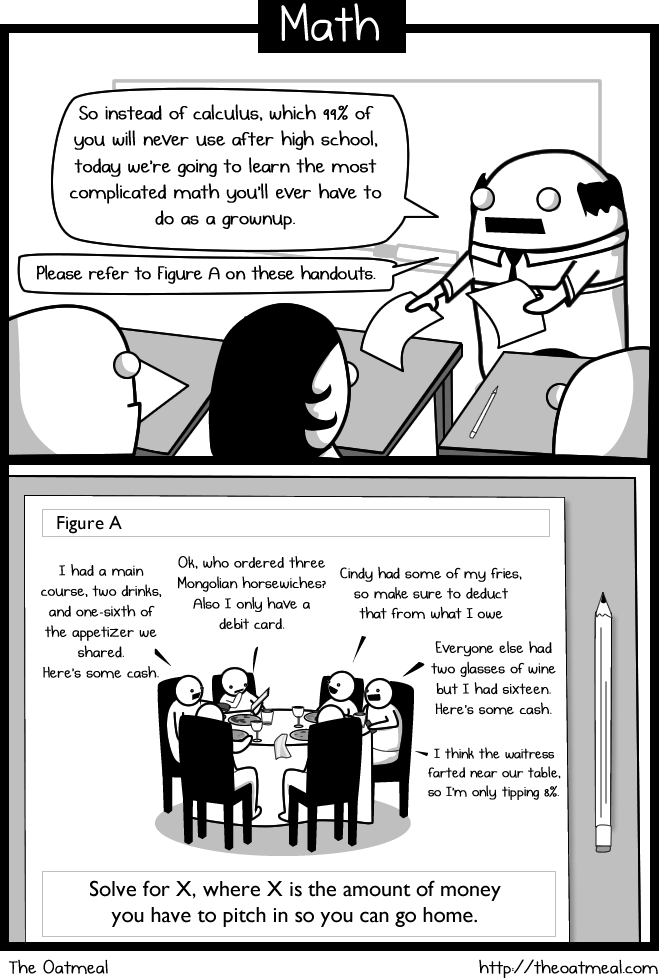 NB: I received this entry by email from a reader. Thanks for your contribution! 🙂