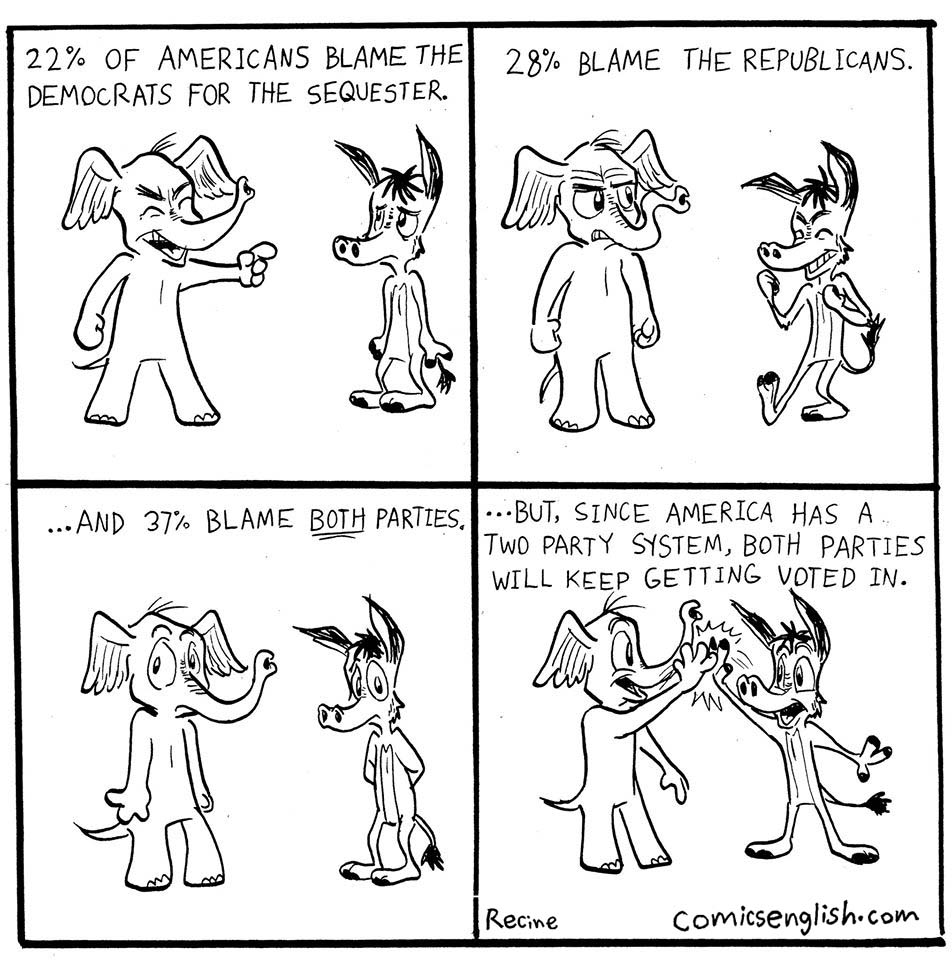 Political Parties in the US

Party (n.) /ˈpɑːti/ an organization that shares the same political beliefs and tries to win elections.

In the United-States, the political landascape is divided primarily into 2 main parties (there are third-parties, but they still don’t receive much attention):

Both parties are usually strongly opposed to each other.

The sequester (n. /sɪˈkwes.tər/) refers to a complicated situation in US politics in early 2013 when the two parties had to agree on the next US budget. Since they didn’t find an agreement, the sequester came into effect. It limited the budget for all expenses done by the government (with a few exceptions).

It makes fun of the fact that even though most people don’t like these political parties, they will still be elected since there is almost no other choice … Not very encouraging …!